Need a will? Call McGill! But what about when Jimmy McGill and AMC need a pie? They call us at GT Pie!

For the second year in a row we made custom pies for the production crew of AMC’s “Better Call Saul.” You may remember last year’s pies were customized with the words “Better Call Saul” and “LWYR UP” (Saul’s vanity license plate).

This year we took it one step further and used 3D printing technology to make the image of Jimmy McGill Saul Goodman (we still have a hard time calling him Jimmy). Here are some of the pies that made Saul/Jimmy and the AMC team real happy! 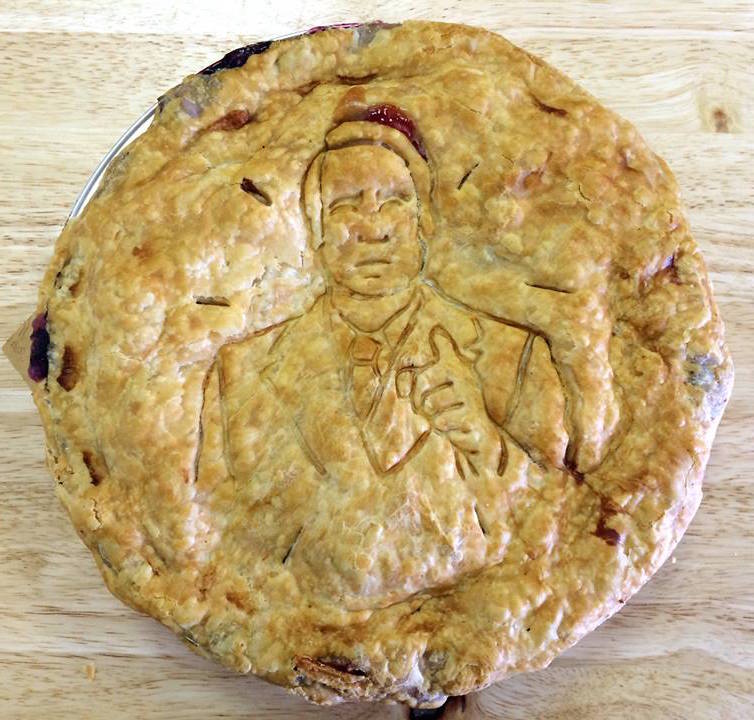 “Better Call Saul” is a drama series created by Vince Gilligan and Peter Gould. It is a prequel/spin-off of Breaking Bad. The series’ first season had one of the highest-rated rookie seasons in cable history. It also received seven prime time Emmy award nominations.

“Better Call Saul” will be back for a new season on AMC in February 2016. We suggest you grab a slice of pie and catch up on season one.