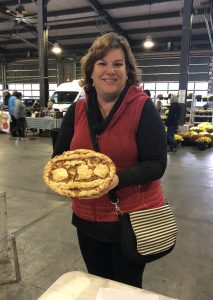 The winning pie recipe was presented by Northville’s Kay Fedewa and featured Michigan Honeycrisp apples. Kay’s winning Michigan Apple Pie recipe will be featured on a recipe card with credit to the chef that will be distributed at over 30 locations throughout the city including Eastern Market on Saturdays, Detroit Community Markets and its website, Farm Stands, Tasting Stations, & Red Truck Fresh Produce.

Join us at Eastern Market this Saturday, October 20th

Genevieve will make her way back to Eastern Market on Saturday, October 20th as GT Pie Company with the Eastern Market team will host its first-ever Market Kids’ Make and Bake Apple Pie Making activity 10 a.m. to Noon.  Children 12 and under are invited to participate in any of the pie making sessions: 10 a.m.; 10:30 a.m.; 11 a.m.; and 11:30 a.m.

Parents or adult friends are asked to accompany their kids while making the Michigan Apple Pies. A donation for participation is encouraged and ALL proceeds will be presented to Eastern Market to assist in further funding EMC children’s healthy eating and cooking classes. Both Grand Traverse Pie Company and Eastern Market Corporation will match ALL proceeds to promote its mission of providing food access and nutrition education by way of its cooking classes. 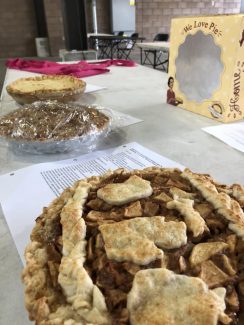 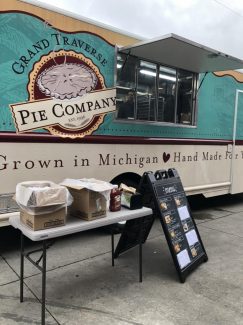 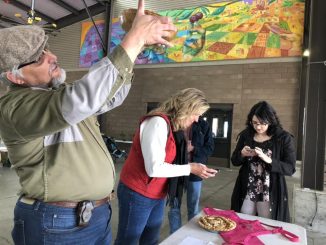