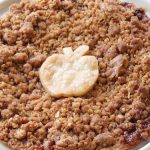 We are baking up something delicious at GT Pie! We’ll give you a hint… it’s fall, it’s apples, it’s Michigan. Starting September 16th, we are bringing back last year’s fan-favorite pie to our shops – Apple Mountain Top Pie! This heavenly pie is our classic Apple Pie on the inside but topped off with a (more) 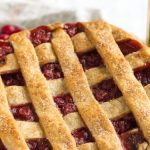 It’s back! The beloved Vernors Cherry Pie will make its return to our shops beginning July 1st. First introduced in 2016 for Vernors’ 150th anniversary, this pie quickly became a fan favorite. Our hope is that this special pie reminds you of simple summer days. Vernors Ginger Ale, the “deliciously different soda,” originated out of (more)

You asked for it and now it’s back! Vernors Cherry Pie will make its return to our shops beginning July 1st. Introduced last year for Vernors’ 150th anniversary, this pie quickly became a fan favorite. Our hope is that this special pie reminds you of simple summer days. Vernor’s Ginger Ale is one of the nation’s oldest (more)

Ready for something deliciously different? Our bakers at Grand Traverse Pie Company have created a brand new pie to remind you of simple summer days. We proudly announce the new Vernors Cherry Pie! This pie embodies the spirit of two Michigan companies working together. Vernors ties back to good things people remember about their childhood and when times (more) 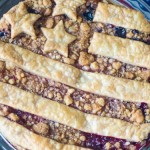 In honor of Pi Day, a day noted by math enthusiasts around the world, on Monday, March 14 (3.14) we will be celebrating all day by serving a free slice of ABC (Apples, Blueberries, and Cherries) pie with ANY purchase. We will also be introducing a NEW PIE on Pi Day! At Grand Traverse Pie Company, we (more) 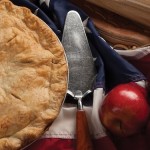 Child hunger is a critical problem here in Michigan. Child poverty has grown to 25 percent and more than a third of Michigan children live in homes where no parent has full-time, year-round employment. Many of these children rely on school meals for their daily nutrition. However, when the school year ends, hunger sets in (more)

The Grand Traverse Pie Company is continuing their efforts to be an active part of the communities where they have pie shops, and with that mission, they aren’t shying away from even the toughest problems that face those communities. “Pie warms and opens hearts, and when you have an open heart you can talk about (more)

Nationally and in states across the nation, March is a celebration of the importance of food and agriculture, as it provides almost everything we eat and use each day. As part of that celebration, Governor Rick Snyder has proclaimed March ‘Food and Agriculture Month’ in Michigan. “As we move into the growing season in Michigan, (more)